Social Media in Your Life: Are You Missing Out...or Just Worrying About Missing Out?

I love seeing photos. I’m mostly an introvert, so I love that I can feel like I’m staying connected to people in a quiet non-intrusive way. But there are definitely times when I find social media overwhelming. I start knowing too much about people whom I don’t want to know very well, or I start to feel too wrapped up in other people’s lives.

And, as a mother, there are times when I wish I could hit a button and pretend the internet doesn't exist, because it’s hard for kids to know what all their peers are doing all the time. Inevitably, sometimes their friends are doing things without them and this can cause so much heartache. When I was a kid, you didn’t know where all your friends were or the fun things they were doing without you. Now, almost every minute of a teenager’s life is on display in one format or another.

Even the most balanced kids are going to feel social anxiety from time to time when they see posts of their friends doing things without them.

And this happens to adults too. Or at least it happens to me. I’m not a very social person, but even I find myself feeling stung with hurt feelings if I see that a group of my friends have gone out and didn't include me. Even if I know that I wouldn’t have wanted to go, or even if I know that it wouldn’t have been appropriate to include me…it still feels bad. And it feels even worse when it’s something I really do want to be a part of.

And then I get irritated with myself because I know that the posts and photos on Facebook never tell the whole story—that even if I had been invited and even if I had managed to convince myself to go, it doesn’t mean I would have had fun or that I would have looked like one of the smiling people in the photos. I tell myself that the things people post on social media only tell us what they want us to know about or see. But my pep talk usually doesn’t work, and I often sulk for a bit until I remember that I don’t actually care that much.

I have purposely removed myself from social media for long periods of time because I know it’s better for me to focus on myself and not worry about what my 700 Facebook friends are doing. It’s peaceful putting myself back in a position of not knowing what everyone is doing or what they're thinking. And while I love that people's kids get awards, win prizes, or book amazing jobs, I don't need to know about these things if I'm struggling to get my kid to pick up her shoes off the kitchen floor.

I realize that this is my own issue. I don't blame social media. I don't blame people for wanting to share the things in their lives that they're proud of. I do it too. But there are times when, for my own sanity, I need to take a break. Sometimes I just don't want to know all the details about what I'm missing out on.

So I wondered how my mom, whose main link to the outside world is through Facebook and the internet, handles feelings of missing out when she sees posts and photos about things she wishes she could be a part of. Here's my interview with her.

What do you think of social media?

You captured perfectly in your essay what a mixed bag it is. And you’re absolutely right that we only see what people want us to see. This is true of in-person interactions too, of course, but social media makes what people are doing feel bigger than life because we see it in pictures, videos, and even short pithy status updates.

The fact is, none of us really knows what goes on inside the walls of other people’s houses—or even in their minds—whether it’s an in-person interaction or an online one. People who are always bragging about their kid may be constantly fighting with that kid at home. Someone who posts a picture of chocolates that her spouse or partner gave her that makes us think, “Lucky you to have such a thoughtful and loving partner” may be well aware that it’s the first gift she’s received from that partner in years…but, of course, she’s not going to share that.

When I realized that I don’t actually know what other people’s lives are like, it helped me stop constantly comparing myself and my life to others. When I can do it—not be comparing—I’m much happier and my life is better.

And then there’s the problem of TMI (too much information), which you also mentioned. One of my Facebook friends posted about how many times she’d gone to the bathroom that day. I don’t need to know that!

I think social media sites are more important for people who are housebound due to illness or other reasons. I call Facebook “a port in the storm” for them. At one point, there were so many therapist at Psychology Today—where I also write—who were saying that Facebook was bad for our self-esteem, etc. that I posted a piece called “In Defense of Facebook.” Rather than repeat my defense, I hope people will read it. Nothing is ever as black and white as it seems.

In addition, because I’m pretty much housebound, I’m mostly cut off from what’s happening in my relatively small town. By having local friends in my Facebook news feed, I can keep up with what’s going on, even why (as happened the other day) a helicopter is flying over my neighborhood!

Finally, on the plus side, although this may also be due to my books, I’ve met people from all over the world, so Facebook has made me feel like an international citizen. I get messages from people in Russian, Pakistan, even Syria.

How do you handle the feelings of missing out when you are seeing events on social media that you were not able to be a part of?

Thankfully, after 16 years of illness, for the most part, I’ve learned to accept missing out. I don’t expect to be included in social gatherings or to go traveling and the like—and it’s okay with me. That said, when everyone in our family goes somewhere together and I’m the only one missing, seeing photos on Facebook of their adventure is hard. This happened with Disneyland a couple years ago—your Dad was there along with your family and your brother’s family. On the one hand, I wanted to see all of you having fun, but it was also painful. Yet, overall, I would rather have seen the photos that were posted than not seen them. The digital age has made life so complicated!

To be honest, I’d like to at times but I don’t. I assume that, due to my books and the articles and other stuff I post, I have a huge following—almost 400,000 people. No one is more surprised than I am about this! Actually, I have two Facebook pages. One is a personal page for close friends and family, and I don’t post there very often. The other page is the one with the big following. I call it my “book page” although technically Facebook considers them to be “commercial pages,” like one for Nike for example—who can afford to advertise and uses its page for promotions. Yes, I do sometimes post about my books on my page, but I’m not comfortable promoting them and so I’ve turned it mostly into an art page. People tell me that they appreciate it and say they look forward every day to the photos and artwork that I post.

It is a lot of work to keep that page up, I admit, because there are rules to follow. You can’t just post a photo, for example, simply because you know the photographer’s name. You have to have his or her permission, so I only post from sites that are “free for re-use.” It can be a challenge to find high quality photos that way, but I work at it. Thankfully, on a Facebook “commercial page” you can schedule a few posts in advance that go up automatically at a specific time, so I don’t have to always be at my computer to click “Publish” when I want to put up something new.

More important than the photos and artwork I post on that page is the fact that many page members depend on me for support with their health struggles (which often lead to personal and relationship struggles).  I want to help them if I can, so I always check to see if someone is reaching out to me. They might do it in a comment to a post or it might be a private message. It’s one way I can help others, even though I can’t do it in person.

My husband considers the work I do on Facebook to be a part-time job and I suppose he’s right. It’s work…but I will say that I’ve learned a tremendous amount about flowers, birds, artists, and the difficulties people face in life.

If you were not chronically ill, do you think your relationship to social media would be different?

I don’t know—and I guess I may never know. I think I’d be on social media less, but maybe not. I see lots of people with full-time jobs outside the house who are always posting on Facebook. I do know that, lately, I’ve been making a concerted effort not to hang out online all the time. The computer screen can drain my energy stores fast.

Are you on social media sites other than Facebook?

I’ve never otherwise been active on Google Plus. I did spend about six months going Pinterest-crazy a few years ago, creating lots of boards and putting up photos and articles, but I felt I had to cut back on my computer use, so I've cut way back on that. And Twitter…I don’t understand how to use it effectively and I don’t seem to want to take the time to learn, so I just have my Facebook “book page” automatically post to Twitter.

I hope others will share their thoughts on social media. It’s a fascinating topic and it’s changed the way that most of us live. 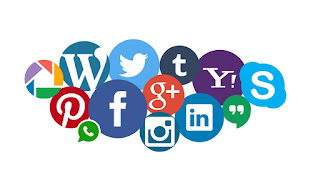 How To Be
Welcome to the How To Be Blog! Many of you are familiar with Toni Bernhard, award-winning author of "How to Be Sick," "How to Wake Up," and "How to Live Well" (see her website: www.tonibernhard.com). This blog is run by Toni and her daughter Mara. We'll discuss How To Be...anything and everything. Life can feel complicated and stressful for everyone—whether chronically ill or whether dealing with the day-to-day stresses everyone encounters. We'll write about our everyday experiences and also give readers of Toni's books a chance to ask her (or Mara) questions. If you'd like to have us cover a particular topic or want to ask Toni or Mara a question, email us at bloghowtobe@gmail.com. We would love to hear from you!